(Algona)--Additional details have been released in regards to the officer involved shooting that occurred early Thanksgiving morning in Algona.

According to the Iowa Department of Criminal Investigation, the Algona Police Department responded to a disturbance call at the Super 8 Motel when officers encountered an individual, identified as 30-year-old Juan Cavazos. Cavazos failed to comply with officer’s commands and drove his vehicle toward an officer which resulted in the officer firing one round at Cavazos.

A pursuit then ensued, resulting in Cavazos losing control of his vehicle and crashing in rural Kossuth County. Cavazos was not injured as a result of the shooting incident however, sustained injuries due to the vehicle accident.

The officer involved has been identified as Algona Police Officer Grant Smith, who has been serving with the department since 2011.

Cavazos is currently facing charges of assault on a peace officer using a dangerous weapon, 2nd degree attempted burglary, assault with intent to inflict serious injury, eluding and OWI 1st Offense. He was booked into the Kossuth County Jail where he is currently being held.

Upon completion of the investigation by the DCI, the results will be forwarded to the Kossuth County Attorney’s Office. 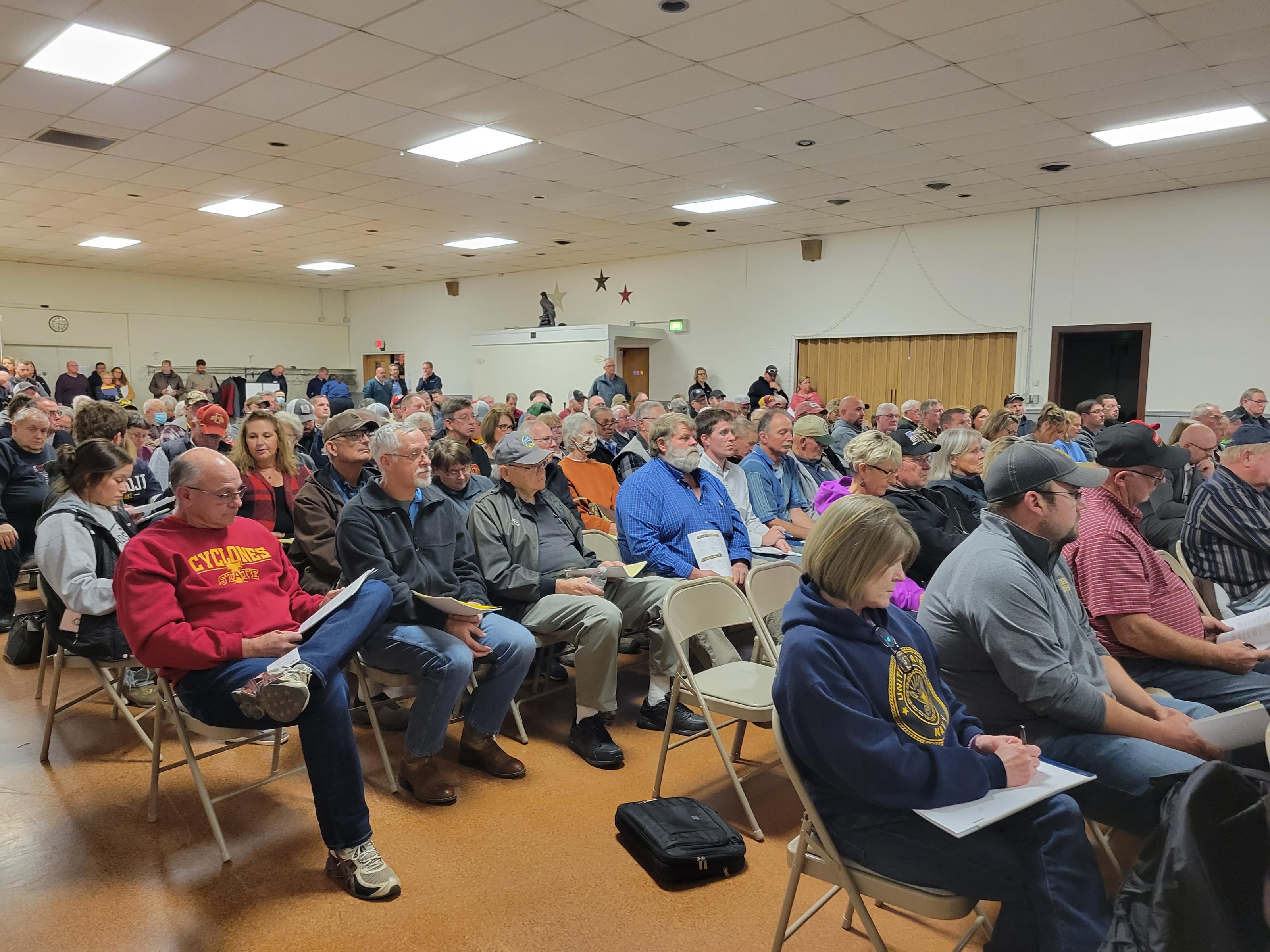 (Estherville)– A large crowd attended a public informational meeting on the proposed Navigator Heartland Greenway carbon dioxide pipeline Thursday evening at the Estherville VFW. The pipeline would travel through 35.3 miles of central  and southwest Emmet County. Navigator Vice-President of Government and Public Affairs Elizabeth Burns Thompson said the pipeline would serve ethanol and fertilizer plants in five states. The 1,300 mile pipeline would end in South Central Illinois, where the carbon dioxide would be pumped deep underground into a sandstone formation. Thompson explains the incentives for ethanol plants to reduce their carbon footprints.

The pipeline will also go through parts of Dickinson and Kossuth counties. Thompson says the proposed pipeline would only carry carbon dioxide.

Many of those in attendance expressed opposition to the use of imminent domain to acquire land for the project. They also expressed concerns about the safety of the pipeline. Thompson outlined the safety measures that will be taken by the company during and after construction.

Vice President of Engineering Stephen Lee says the route of the pipeline was chosen to minimize the impact on local communities.

Lee says Navigator would be solely liable for any damage or injuries caused by a pipeline rupture. The company will begin applying for permits in 2022 and that if things go accordingly, construction on the pipeline could start in early 2024 with the line being operational in early 2025.

(Des Moines)--The Enhance Iowa Board Thursday awarded more than $5.1 million in Community Attraction and Tourism or CAT grants to projects in 16 communities including Spirit Lake.

Igniting a Healthy Legacy was awarded a grant of $325,000. This project consists of the overhaul of three existing facilities and construction of three new buildings at Camp Foster. The new buildings include a visitor’s center/office, welcome center/airnasium and a double cabin with capacity of up to 20 campers. Renovations will convert the current visitors center to a health lodge, the current health center to additional cabins and expand the dining hall.

The total cost of the project is about 4-million-75-thouand dollars.

(Estherville)--Avera Holy Family Health, Community Blood Bank and Northwest Bank are teaming up to host a community blood drive on Wednesday, December 8th. Avera Holy Family Community Relations Coordinator Cheryl Sherry says the drive will be held from 9 am to 1 pm and 2:30 pm to 5 pm at the hospital.

She says there are some requirements to donate blood.

Donors can schedule an appointment by logging onto: cbblifeblood.org, select December 8th and Avera Holy Family Hospital. You can also call 712-362-6456 or 1-877-877-3070.  All those who donate will receive a McDonald’s gift card.

Parsons will serve in this international leadership role for 2022, spearheading the direction of the organization, which currently has more than 1,500 fairs and affiliated organizations worldwide.

He becomes only the sixth Iowan to serve as the chair of the IAFE, an organization with roots dating back over a century. He joins former Clay County Fair manager Myles Johnson, who served as chairman in 1990, and four managers of the Iowa State Fair (A.R. Corey, Lloyd Cunningham, Marion Lucas, and Gary Slater).

Neuman says there will be a kids winter carnival in the afternoon.

(Milford)– A Lakes Area high school student has been selected as a delegate to the 60th annual United States Senate Youth Program coming up March 5th-12th in Washington, D.C. Lexy Duffy, a senior at Okoboji High School, will be among the 104-member delegation.

Delegates also receive a $10,000 undergraduate college scholarship to the college or university of their choice.

Delegates and alternates chosen for the merit-based, highly competitive program were selected by a committee at the Iowa Department of Education.

The program is a national, nonpartisan initiative for students with outstanding leadership abilities. Two student leader delegates are selected from each state to participate in the program each year.

(Spirit Lake)--A Terril man has been sentenced to five years in prison for lascivious acts with a child. 36-year-old Cody Taylor was accused of sexually abusing two young girls over a period of several years, and authorities believe he used threats of violence in some instances to keep the abuse secret.

Taylor pleaded guilty to the felony abuse charge in early October. He also pleaded guilty to two counts of felony forgery in an unrelated case. Taylor had altered and redeposited at least eight checks over a period of several months in 2020. He was sentenced Monday to five years in prison for each of his convictions, and his three sentences will be served concurrently. Taylor must also register as a sex offender, and he will be placed on supervised release for 10 years after his jail term.

Reiser says free soup and chili will be served at the Milford Community Center from 11:30 am to 1 pm.

She highlights some of the other activities taking place during the Milford Holiday Festival.

Norris says there will be items that appeal to all ages of rock music fans.

He says there will also be a special performance.

Spring Creek Independent & Assisted Living, which initially housed a 100kW generator installed when the facility was first built, invested $154,200 to upgrade to a natural gas 150kW generator, that now has the capacity to power a majority of the facility.

Main Street Manor, which has not previously had a generator, also installed a natural gas 150kW generator to power the entire facility, for a total of $178,000.  ABCM Corporation’s top priority is always enhancing tenants’ safety, care and peace of mind, and felt the investments were important and necessary as there are limited or no alternative places to go, should an emergency situation occur at either facility

To nominate someone you can go to uofowintergames.com. All nominees must be at least 18 years old and a Dickinson County resident. Zankowski says they should exhibit a ready smile, generous heart, enthusiasm for the U of O Campus and a sincere desire to give their time and talents to the Iowa Great Lakes Area. She says voting will be held in January.

The U of O Winter Games presented by Grape Tree Medical Staffing will be held January 27th-30th, 2022.

(Des Moines)– The Iowa Finance Authority has awarded more than $9 million in grants to 27 local housing trust funds to support housing initiatives. The awards were made available through the Local Housing Trust Fund program and are expected to assist more than 2,100 families.

In this area, the Northwest Iowa Regional Housing Trust Fund will receive a little more than $390,000. The agency serves Buena Vista, Clay, Dickinson, Emmet, Lyon, O’Brien, Osceola and Sioux counties. The Homeward Trust Fund was awarded about $369,000. That agency serves Humboldt, Kossuth, Palo Alto and Pocahontas counties in our area.

(Des Moines)--A Kossuth County woman is one of two Iowans among five finalists for a $1 million special Powerball prize.

The Powerball First Millionaire of the Year promotion is entering its third year and the winner will be announced just after midnight eastern during “Dick Clark’s New Year’s Rockin’ Eve with Ryan Seacrest 2022” from New York’s Time Square.

Shari Beenken of Titonka, and Rob Long of Waterloo, entered their Powerball tickets into a drawing for a chance at the million dollar prize. Beenken submitted tickets she purchased herself but Long entered tickets he bought on behalf of a group of his co-workers, friends, and family that he calls Lotto 22.

For just being selected as a finalist, Beenken and Long will each receive a $10,000 cash prize and a home party package also valued at $10,000, including a 70-inch LED TV, karaoke system, premium laptop computer, and deluxe dinner for eight.

Beenken is an office administrator at an Algona business. 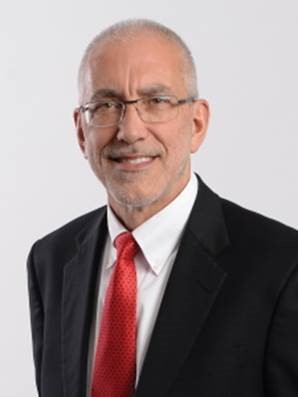 The Iowa Workforce Skirmishes touches on the workforce issues in Iowa based on research conducted over the past few years by the Center for Industrial Research and Service at Iowa State University.

The presentation discusses workforce from 1950 until today to explain the various causes of the current workforce shortages. It will also highlight a new approach to looking at workforce and end with a discussion of steps a company or community can take to help address their workforce needs.

The Iowa Workforce Skirmishes is a public presentation. Those interested in attending the event should RSVP to Alyssa Petersen at 712-264-3474.

(Spencer)– Some Spencer residents are being asked to participate in a survey as part of a process to apply for funding for an infrastructure improvement project. City officials say results from the door-to-door survey will determine the city’s eligibility for a Community Development Block Grant. They add it would help finance a sewer separation project in the area along east 4th Street and East 5th Street between 5th Avenue East and 10th Avenue East.

City staff will conduct the survey from residents living in that area beginning today(Wednesday). City officials say the information will be confidential and that they appreciate everyone’s participation.

Hawkins says the project could begin in the fall of 2022.

He says there would also be a partial drawdown of the lake.

He says a public meeting and open house will be held when plans are finalized for the project.

(Spirit Lake)--The Spirit Lake J-Term Haiti Team is holding an Online Auction to benefit United Christians International and to save funds for a hopeful trip to Haiti in January 2023. Organizer Clay Norris says The J-Term trip that was planned for January 2022 had to be cancelled.

Norris says United Christians International is located in the Central Plateau of Haiti.

The auction started yesterday and will be open through December 5 at 12 noon. All bidding will stop at that time and the highest bids at noon will win.

The auction is being hosted on BiddingOwl.com. You can also find links on the Spirit Lake J-Term Haiti Team Facebook Page.

The Palo Alto County Sheriff’s Office says the traffic stop occurred around 1:10 a.m. in the 600 block of West Spies St. As a result of the traffic stop and subsequent investigation, 50-year-old Teresa Hale of Albert City was charged with possession of a controlled substance methamphetamine-3rd of subsequent offense, a class D felony, possession of drug paraphernalia, providing false identification information, driving while revoked, failure to provide proof of insurance and failure to illuminate the rear license plate.

Hale also had warrants for her arrest from the Ida and Buena Vista County Sheriff’s Offices. She was transported to the Palo Alto County Jail to await her initial appearance before a judge.

A passenger in the vehicle, 52-year-old Wade Schultz of Laurens was cited and released for transporting an open container of alcohol.

Berg was cited for failure to yield.