(Fenton)--A man and woman wanted on theft charges in Southern Iowa were taken into custody earlier this week in Kossuth County.

According to the Kossuth County Sheriff’s Office, Deputies were contacted on Tuesday by Law Enforcement officials in Clarke County about 43-year-old Christina Dunn and 45-year-old Christopher Dunn. Clarke County authorities stated they had reason to believe that the Dunn’s had taken up residence in Fenton.

Shortly before 4 pm Tuesday, Deputies were able to locate both individuals at a residence in Fenton and took them into custody. The Dunn’s are charged in Clarke County with 2nd degree theft, a class D felony.

The Dunn’s were booked into the Kossuth County Jail to await transport to Clarke County.

(Fairmont, Minn.)--Three people were taken to the hospital after an accident involving a school bus and a semi Thursday afternoon on the south edge of Fairmont.

The Martin County Sheriff’s Office says the accident occurred around 2:55 pm at the intersection of Albion Ave and Lake Aires Road. Deputies say the semi was eastbound on Lake Aires Road as the bus was southbound on the Albion Avenue. The truck clipped the back of the school bus causing it to veer into the ditch where it ended up flipping onto its left side.

The crash is under investigation by the Martin County Sheriff’s Office and the Minnesota State Patrol.

(Spencer)—Businesses needing help with recovery from the coronavirus pandemic still have time to apply for a micro-grant from the Iowa Lakes Corridor Development Corporation and Northwest Iowa Planning and Development Commission. The grants are available to businesses in Buena Vista, Clay, Dickinson and Emmet counties. Corridor Interim President and CEO Brian Dalziel says so far ,they’ve gotten a strong response to the program.

Dalziel says businesses can apply for up to $3,000 and must provide a 50-percent match.

Manufacturers can obtain funds for building a prototype. He says interested businesses should apply as soon as possible.

(Spencer)--The Spencer Chamber of Commerce held a news conference Thursday afternoon to announce several activities that will be taking place to celebrate the city’s sesquicentennial. Chamber Executive Director Sheriffa Jones says the city of Spencer, the chamber and a group of Spencer citizens are coordinating the activities to mark Spencer’s 150th anniversary. Jones says the main portion of the celebration will take place on Flagfest weekend beginning with the opening ceremony on Friday, June 11th.

Jones says several events are planned leading up to Flagfest.

She says a closing ceremony for the sesquicentennial celebration will be held on October 10th.

(Jackson, Minn.)--The Jackson Center for the Arts has been awarded a share of more than $27,500 in Art Project Grant Program grant funds through the Southwest Minnesota Arts Council.

The local art center will receive $7,000 to support its “Music at the Market” and “Arts in the Park” programs.

In collaboration with the Jackson City Council, the Jackson Parks and Recreation Department and the Riverside Farmer’s Market, the Jackson Center for the Arts plans to use the grant funds to expand and enrich the regular Thursday farmers’ markets offered to the public.

The local art center will offer six free concerts in Ashley Park, accompanied by a demonstration of plein air art, and creative arts classes that will be offered by art center staff for children who attend with their parents.

(Algona)--The Algona Chamber of Commerce is sponsoring a Legislative Forum on Saturday.

The forum will begin at 10 a.m. and will be held in the Council Chambers at Algona City Hall.

State Senator Dennis Guth along with State Representatives Terry Baxter and Henry Stone have all confirmed their attendance.

The public is invited to attend. Masks are optional.

State will be held in a modified format at the ELC High School on Saturday, March 13th.

(Des Moines)--The Iowa Department of Public Health reported 678 new positive cases of COVID 19 for the 24 hour period ending at 11 am this(Thursday) morning for a total of 361,752. More than 311,000 cases have recovered. State officials reported 23 new virus related deaths for a total of 5,438.

Locally, Dickinson and Kossuth counties reported the most new cases with 5 each. Emmet and Palo Alto counties each had one new case. The number of cases in Clay County decreased by 2.

(Sioux City)--An Estherville man who distributed methamphetamine in the Lakes area was sentenced this week to 7 years in federal prison.

26-year-old Chance Wetter of Estherville received the prison term after a guilty plea last September to one count of conspiracy to distribute meth within 1,000 feet of a protected location.

In a plea agreement, Wetter admitted he and others distributed meth in the Lakes area from October 2019 through February 2020.

Wetter was sentenced in U.S. District Court in Sioux City to 84 months’ imprisonment. He must also serve a 7-year term of supervised release after the prison term. There is no parole in the federal system.

Wetter is being held in the United States Marshal’s custody until he can be transported to a federal prison.

(Spencer)--Seasons Center for Behavioral Health will be offering a free community suicide prevention training next week in Clay County. Taylor Prather, Prevention and Education Coordinator with Seasons Center, says the training will be held on Monday from 9 to 11 am at the Great Hall in Royal.

Prather says the training is called Question, Persuade and Refer.

She says anyone interested is encouraged to take the course.

You can register for the training by visiting the Seasons Center for Behavioral Health Facebook Page.

(Windom, Minn.)--Two people were sent to the hospital following a rollover accident early Wednesday on Highway 71, south of Windom in Jackson County.

The Minnesota State Patrol says at around 6:45 a.m., 27-year-old Glorisel Rojas of Fairmont was driving a 2008 Toyota Yaris northbound on Highway 71 near 510th Ave, when the vehicle left the roadway and rolled once.

Rojas and a passenger in her vehicle, 24-year-old Addel Luis Torres of Fairmont, were taken to the Windom Hospital with non-life threatening injuries. Roads were reported as snow and ice covered at the time of the accident.

The Cottonwood County Sheriff’s Office assisted at the scene.

(Washington, D.C.)--The U.S. Department of Housing and Urban Development has awarded more than $2.7 billion in funding to nearly 2,900 public housing authorities (PHAs) in all 50 states, as well as the District of Columbia, Guam, Puerto Rico and the U.S. Virgin Islands, to make capital investments in their public housing units.

Grants awards in Iowa include $48,233 to the Low Rent Housing Agency of Bancroft.

The grants announced Wednesday are provided through HUD's Capital Fund Program, which offers annual funding to all public housing authorities to build, renovate, and/or modernize the public housing in their communities.

On another topic, the Senate Judiciary Committee held hearings this week on the nomination of Merrick Garland as the next U.S. Attorney General. Grassley, a member of the committee, says he is currently inclined to vote in favor of Garland.

(Grimes)--Officials with Black Hills Energy are advising their customers to get ready for higher natural gas bills thanks to the recent cold weather.

Shirley Welte, Vice President of Operations, says customers can expect to see an increase in their March bills after the huge increase in demand earlier this month due to the extreme weather. Welte says issues with supply and demand caused the wholesale price of natural gas to spike to the highest level in 20 years. She says that cost will get passed on to customers.

Welte says Black Hills Energy will work closely with the Iowa Utilities Board to manage the long term impact of the increased cost of natural gas on their customers. 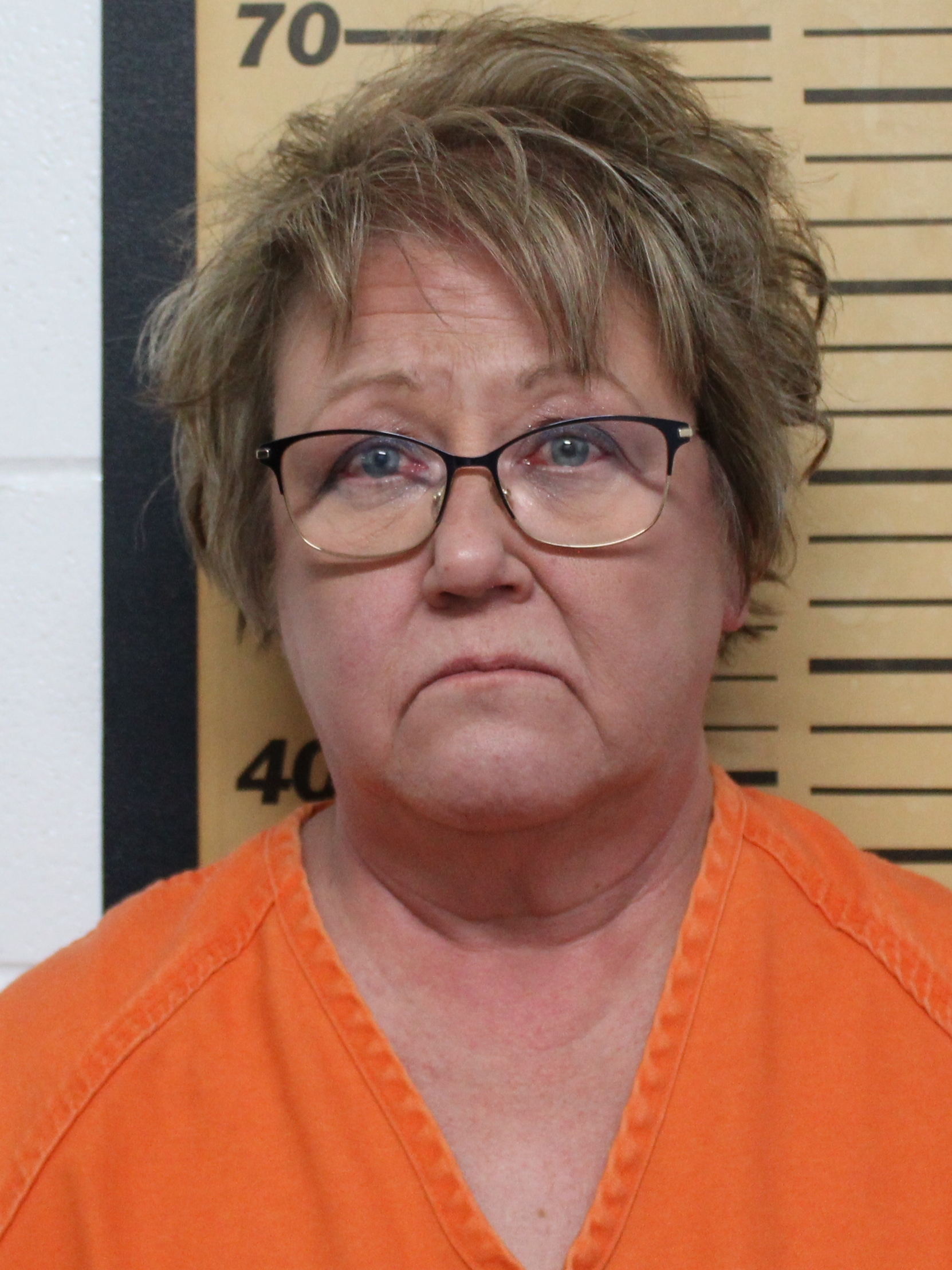 (Estherville)--One of the current and former Armstrong City officials accused of misconduct in office has entered a plea agreement.

According to Emmet County Court records, City Clerk Tracie Lang has agreed to plead guilty to one count of falsifying public documents, a class D felony. In exchange, seven other felony counts and two misdemeanor counts will be dismissed.

Buum, Merrill and Thackery have all entered written pleas of not guilty to the charges they are facing. All three are scheduled to stand trial beginning May 4th at 9:30 a.m. in Emmet County District Court. A pre-trial conference is set for April 6th at 9:30 a.m.

Another former City Clerk, Mary Kate Staton, has been charged with two misdemeanor counts. She is scheduled to be arraigned on March 1st at 9:30 a.m.

Locally, Dickinson County reported the most new cases with 9 followed by Kossuth County with 7. Clay County added 5 new cases, Emmet County had one new case and Palo Alto County had no new cases.

In this area, Faribault County reported 5 new cases, Martin County had 1 new case and Jackson County had no new cases.

The Clay County Sheriff’s Office says the traffic stop occurred around 4:40 pm at intersection of 270th Street and 320th Avenue. While conducting the traffic stop, the deputy learned the driver, 21-year-old Autumn Petska of Milford, was barred and suspended by the state of Iowa. It was also learned Petska had two valid Clay County warrants for failure to appear on driving while suspended and failure to provide proof of financial liability, both had a bond of $600. After further investigation it was discovered the vehicle was not currently registered and there was no proof of financial liability. The passenger, 38-year-old Santos Beal of Terril, had a valid Dickinson County warrant for probation violation, which had a bond of $2,000. Both Petska and Beal were taken into custody. Beal was released, from the scene, to a Dickinson County deputy for transport to their jail.

Petska was transported to the Clay County Jail where she was served her two warrants and  charged with driving while barred, driving under suspension, operating a non-registered vehicle, and failure to provide proof of financial liability. Petska was being held in Jail to appear before the magistrate.

(Estherville)—Read Across Iowa, a month-long celebration to bring the joys of reading to kids of all ages, will launch on March 1st. Read Across Iowa is organized as a collaborative effort between the Iowa Agriculture Literacy Foundation, Iowa State University Extension and Outreach, Iowa 4-H Youth Development, and the Iowa State Education Association. Megan Janssen is Program Coordinator for the Emmet County ISU Extension Office.

Janssen says the Emmet County ISU Extension Office will host a book drive during the month of March.

She says ISU Extension will be hosting live book readings all month long.

The first book reading will be held on March 1st at 11a.m. For more information visit: iowaagliteracy.com.

There will be free concerts at 7:30 every Saturday night at Preservation Plaza beginning the week after Memorial Day and ending Labor Day weekend.

The schedule is highlighted by Boz Scaggs who will perform on August 7th with special guest J.D. McPherson as part of the Okoboji Blue Water Festival.

The majority of acts are 60’s, 70’s, and 80’s cover bands. The schedule also features one night of Disco, one night of Christian Rock, and a Johnny Cash tribute.

You can see the full schedule at the Arnolds Park Amusement Park website.